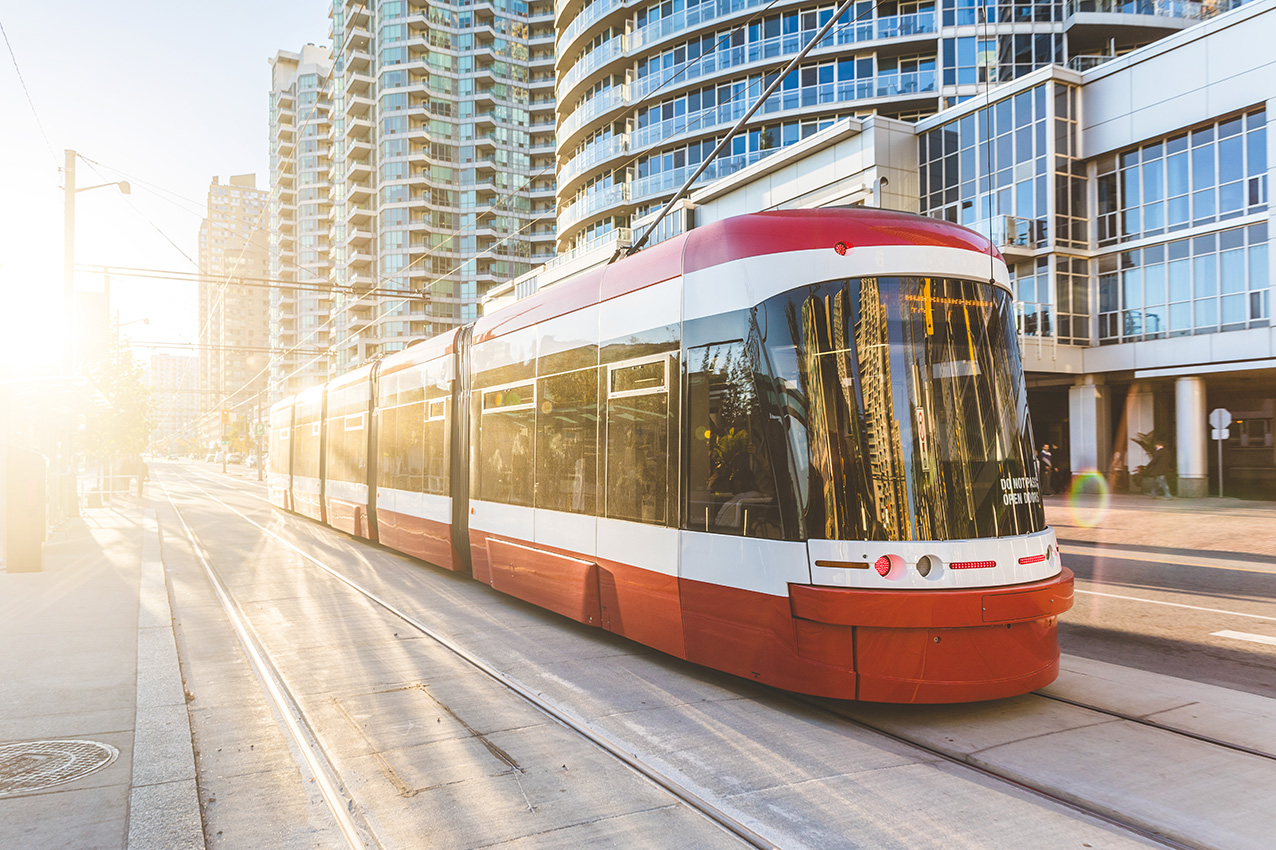 The growing city of Toronto is the most populous city in Canada. The city has set ambitious targets to become one of the most environmentally sustainable cities in the world. To meet those targets as well as ridership demands, Toronto Transit Commission (TTC) is continuing to build an attractive transit system based on the Flexity platform.

– Dellner Dampers has been the supplier of dampers and buffers to the Toronto streetcars since 2011 and we are proud to once again been chosen as the supplier. We will supply front and end buffers as well as dampers for the articulation joints and roof dampers, in close collaboration with our North American colleagues at Dellner, says Magnus Lindbom, Head of Sales and Marketing at Dellner Dampers.

Previous generations of street cars, built on the same platform, has proven itself for decades in the harsh Canadian conditions, where winter temperatures can reach as low as -30 degrees Celsius. The total order of 60 streetcars will be produced at Alstoms’ production site in Thunder Bay, Ontario. Dellner Dampers are delighted to contribute to TTC:s goal of enhancing the experience for their customers with safe, reliable and fast transportation.